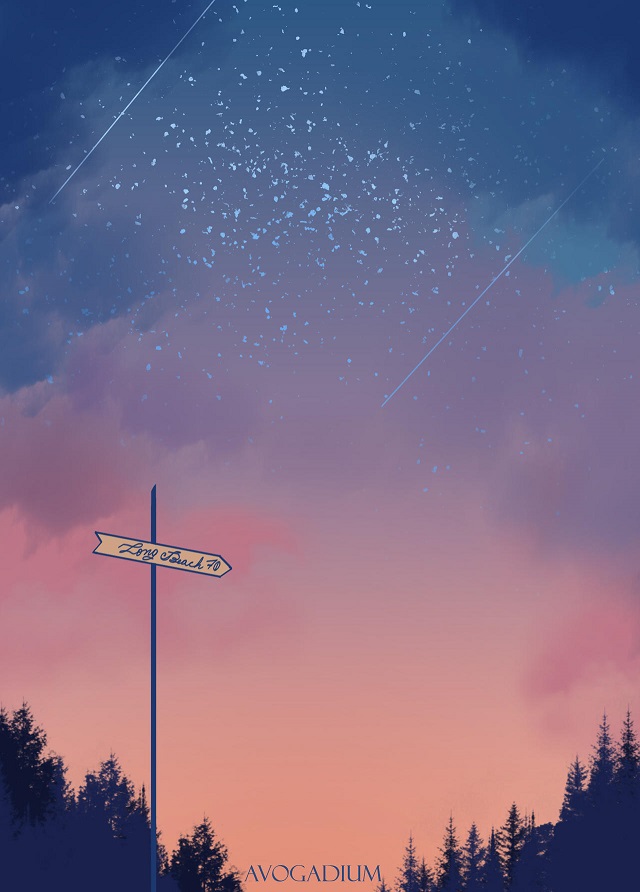 LoFi Aesthetic is a mostly music-centric aesthetic that evokes a sense of peace and nostalgia through muted tones and prosaic visuals. Vaporwave, Anime, Cartooncore, Spiritcore, and Vintage all have elements that are similar to or significantly influenced by Lo-Fi. The genre (and its related style) is well-known for having a sincere and wistful approach to nostalgia while also pushing people to live in the moment and pay attention to their surroundings.

Lofi Girl, a YouTube channel, debuted on March 18, 2015. One of the most popular ways to learn about the genre is through the channel. The channel broadcasts this style of music 24 hours a day, as well as themed playlists. The channel has almost 940 million views as of November 2021.

The colour palette of Vaporwave and the artwork associated with Anime aesthetics are frequently used in Lo-Fi aesthetics, which then employ numerous Vintage-inspired tones and filters. Colors that are normally vibrant in images and paintings will be desaturated and toned down, giving the image an aged or worn aspect. Pastel colours are frequently used in Lo-Fi images, giving them a dreamy, nostalgic feel. The intentional reduction of image quality is frequent, just as it is with Lo-Fi music. For this reason, techniques such as adding visual noise, lowering contrast, and even chromatic aberration may be used. While readily confused with Vaporwave, there are some important differences between the two, the most notable of which is Vaporwave’s more widespread use of computer-generated and surreal surroundings in conjunction With highly saturated colors.

It’s easy to mistake the two recently because a lot of Indie aesthetics seem to take a lot of notes from the Lo-Fi aesthetic, but the most crucial distinction is that Indie tends to have more of a Rock flavour to its aesthetics, whilst Lo-Fi might go in a somewhat pop direction (LoFi Aesthetic).

There are many different types of Lo-Fi music, but they all have one thing in common: they all use deliberate sound quality deterioration to generate a more analogue vibe. High frequencies are also frequently avoided or reduced using EQ and Low-Pass filters, resulting in a muted, low-intensity aura. Seasonal mixes, as well as moods, are examples of Lo-Fi genres (such as sad, lonely, and joyous). The most popular summer mixes are lo-fi.

By far the most popular of the Lo-Fi musical aesthetics, is mostly an instrumental genre intended to inspire feelings of nostalgia or serenity. Songs in this genre typically have low and mid-tempos ranging from 70 to 90 beats per minute, with 85 being a popular option among musicians. Samples from anime or other sources of recorded voice are regularly used in this music, and while singing and rapping are significantly less common, they do emerge on occasion. It should not be mistaken with chillhop, a closely related jazz-based hip-hop sub-genre that features higher tempos, cleaner mixes, and more bouncy qualities instead of intentional sound signal degradation. High frequencies aren’t avoided as much in chillhop.

Lo-Fi House has been described as listening to music played at a nightclub from the outside, and it is certainly a lesser-known Lo-Fi genre. Indeed, Lo-Fi House takes a lot of melodic cues and inspiration from house music from the 1980s and 1990s in particular, but it still has the same sense of nostalgia and relaxation as its hip-hop counterpart.

Lo-Fi House has been described as listening to music played at a nightclub from the outside, and it is certainly a lesser-known Lo-Fi genre. Indeed, Lo-Fi House takes a lot of melodic cues and inspiration from house music from the 1980s and 1990s in particular, but it still has the same sense of nostalgia and relaxation as its hip-hop counterpart.